Obesity is considered to be a major risk factor for chronic diseases such as CHD and hypertension, type 2 diabetes, and some types of cancer. Diets rich in fat induce obesity in mice. In mice a positive relationship has been found between the level of fat in the diet and body weight or fat gain. Usually high-fat diets within the range of 30–78 % of total energy intake are used– either by adding a particular fat to the animal's diet or using an assortment of fat- and sugar-rich supermarket foods (cafeteria diet) mice. 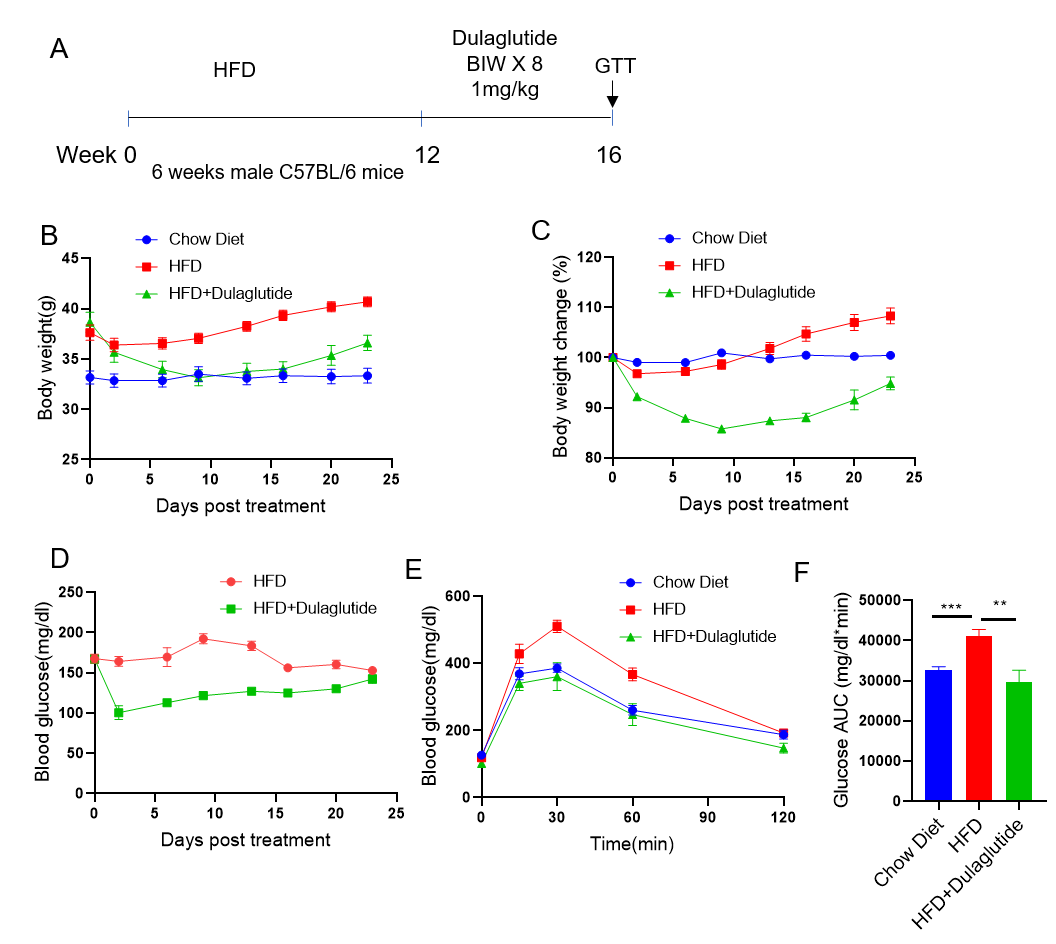 C57BL/6 mice were fed with high-fat diet (60 kcal% Fat) for 12 weeks to induce obesity. Dulaglutide (in house) was subcutaneous injection twice per week for 4 weeks after grouping. Glucose tolerance test were performed the day after the last dose（n=8 mice per group）.

Diabetes is an important disease that threatens human health at present. In the past 20 years, the prevalence of diabetes in my country has increased rapidly, and the number of people has approached 90 million so far. The ob/ob mouse is currently one of the best animal models for the study of human type 2 diabetes. The biological characteristics and physiological and biochemical indicators of model mice are common and important reference indicators in various experiments. 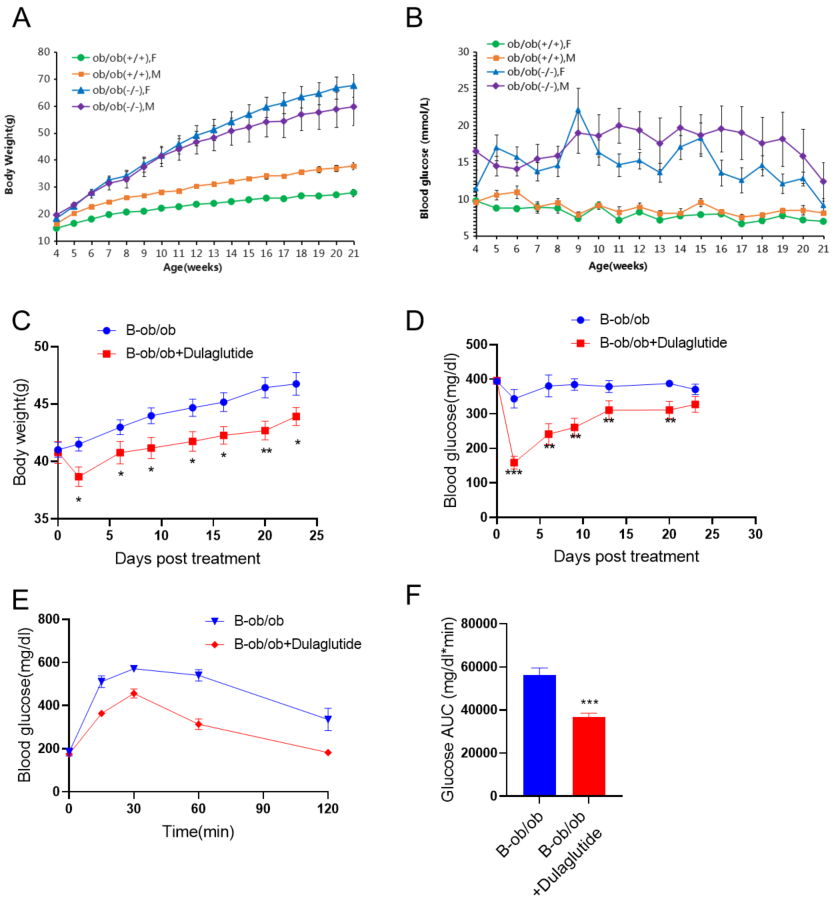 Streptozotocin (STZ) is an antibiotic that produces pancreatic islet β-cell destruction and is widely used experimentally to produce a model of type 1 diabetes mellitus (T1DM). STZ is a nitroso-containing compound that can specifically destroy islet B cells and increase the oxidative invasion of islet B cells by inducing the synthesis of nitric oxide (NO). It is generally believed that low-dose multiple injections of STZ can induce type 1 diabetes in experimental animals. The mechanism may be that after injection of low-dose STZ, a small number of islet cells are destroyed, and the dead islet cells release sensitizing proteins as antigens by macrophages. Phagocytosis, producing Th1-stimulating factor (IL-12), and inducing increased secretion of IL-2 and IFN-γ, forming inflammatory cell infiltration in the local islet, releasing cytokines such as IL-1β, TNF-α, IFN-γ and oxygen free radicals to kill a small number of cells. Dead cells use themselves as antigens, and after being processed by APC cells, release cytokines, amplify the cell damage effect, and eventually lead to type 1 diabetes. 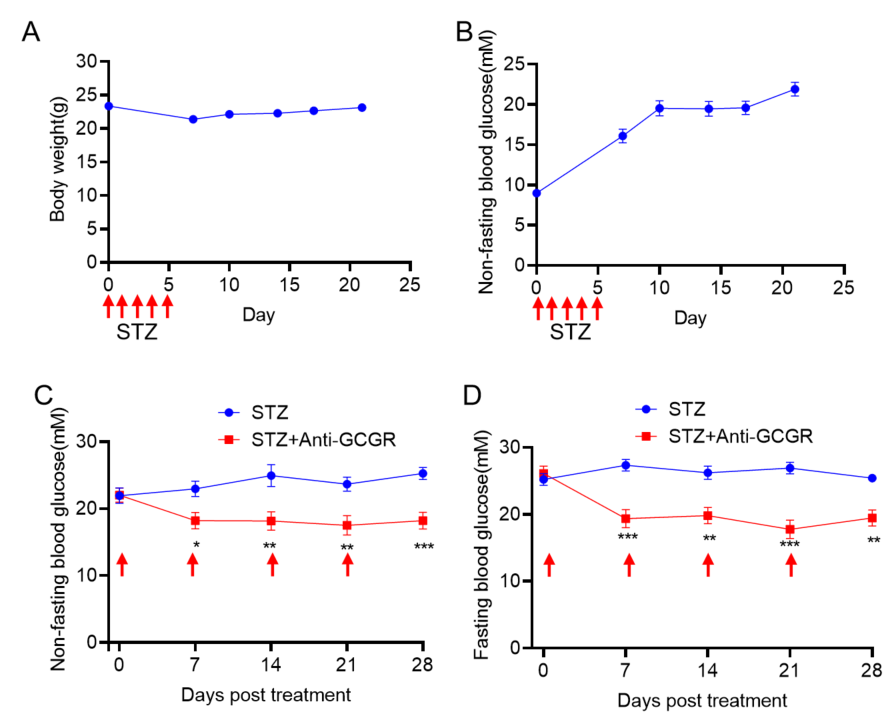 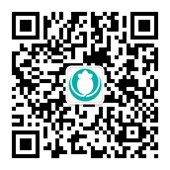